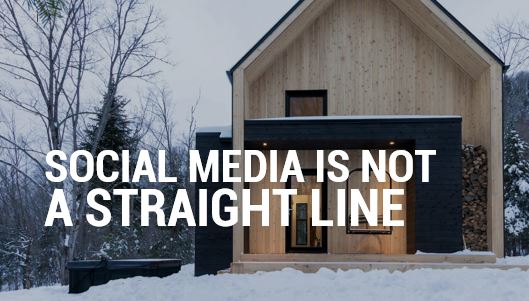 The other day, I happened to notice a Facebook post from a friend: “Taking a trip to Quebec this summer. Looking for recommendations about places to go/stay.”

I haven’t seen this friend in a while. Like, it’s probably been 20 years since we’ve actually seen each other in person even though we live in the same city, which sounds bad when I write it down like this, but [insert something about modern living, social media, and how the internet ruins relationships blah blah blah] – but he works in media, we share some music interests and I remembered us having some conversations about design and architecture back in the day.

So I immediately thought of this modern ‘cabin’ I’d seen in Quebec.

I should clarify that when I say “seen”, I mean “seen online” – I haven’t actually been there. But I do social media for a couple of real estate/architecture-adjacent clients who like to tweet and write about interior design, plus I often seem to fall down rabbit holes about tiny homes on YouTube. So in the past couple of months, one way or another, this cabin had popped up on my radar more than once, and I had spent a few minutes looking at pictures of the interior on more than one occasion.

The problem, of course, was that I couldn’t remember its name, or where I’d seen it. All I remembered was that it looked interesting and minimalist, was in Quebec, and that it was available for short-term rentals. It took me a few minutes on Google, but I tracked it down and then posted the link to my friend’s Facebook feed.

Social media marketing success! But how do you track it?

That sounds terrific! And we quantified it!

Except no one on the other end of this – i.e. the person running the social media or other marketing efforts for the Villa Boreale – has any way of knowing the role social media played in the sale they just made, or just how it worked.

They may ask my friend how he heard of their cabin. He’s going to say “from a friend”.  He’s not going to say: “From a friend via Facebook, who came across it on Twitter, and then tracked it down through some Instagram pictures.” So on the big marketing spreadsheet in the sky where they try to connect ‘marketing dollars spent’ to ‘revenue earned’, this is probably going to go down under ‘word of mouth’. Which is wrong. Mostly.

So what can we know about measuring social media marketing? 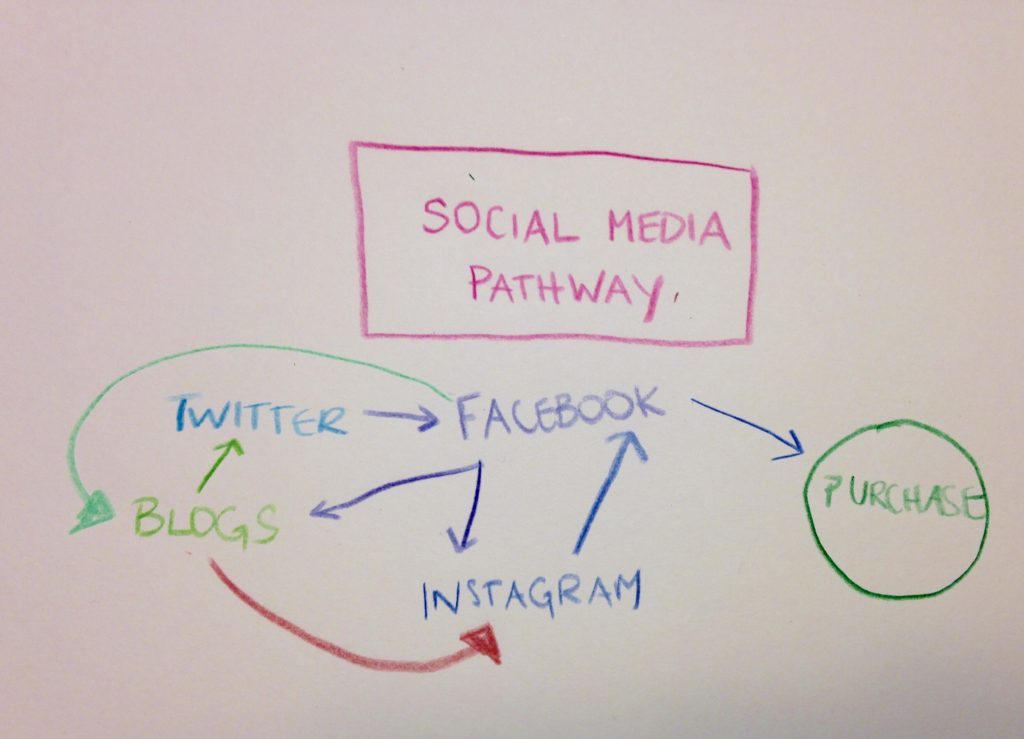 (Yes, I know. If I were any good at diagramming this stuff I’d have a degree in semiotics.)

There’s nothing worse than someone who highlights a problem and then just sort of leaves it there without a solution, so here are my handy bits of advice for you regarding the measurement of your social media marketing efforts: