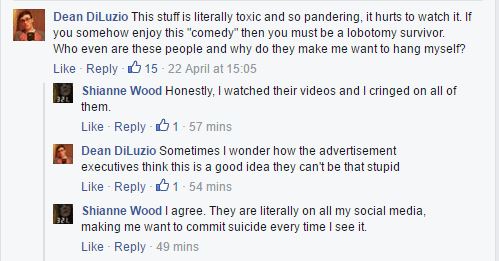 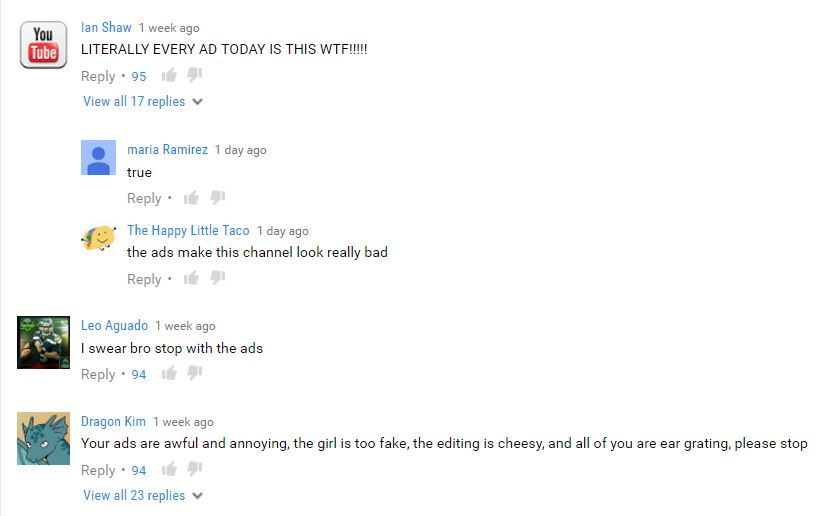 A target audience of exactly no one

As some of you know, I was pretty fond of my BlackBerry for a long time, and after Apple broke my heart in 2007, I was in no hurry to join the iPhone clone army.

(The truth is I’m still a little in love with the Palm Treo I bought in 2002, but saying that gets me either pitying looks or – worse – befuddled “Wha–?”s from the under-30s, so let’s just move on.)

But in December, with clients asking me to help them with Vines and Instagram campaigns, not to mention a toddler who needed a fair amount of photographing, I decided to bite the bullet and get myself an iPhone 5S.

And you know what? I love it. I don’t run a million fancy apps or run my business on it or anything. But the screen is beautiful, it’s easy to use, everything seems to work together, the photos and videos are almost as good as my Canon Rebel (as long as you remember to turn on the HDR thing), and even my 2-year-old has so far been unable to break the thing. The keyboard – which was what I’d really thought I’d miss when I gave up the BlackBerry – has been remarkably easy to use.

Emotionally, however – yes, whatever, we all have emotional attachments to certain brands and you know it or you wouldn’t keep buying that ridiculous Godiva chocolate which honest to god kind of sucks even though you’re totally convinced that it’s decadent – I still haven’t forgiven Apple for the iPod showdown in 2007, and I’m secretly rooting for BlackBerry to arise triumphant from the ashes of its demise.

And then I saw this piece of cheese:

I’m pretty sure I’m supposed to be the target audience here, and here’s how I know:

2.  References made to music. Not that new shit, but, you know, music from when music was rock’n’rolllllll, baby!

4.  Storytelling, but in a way that doesn’t look like a WordPress site came alive

I am supposed to think, “See, here is a smartphone for adults! Let the kids have their Tumblr-enabled, startup-culture, artisanal-toast-delivered-by-Uber gadgets – I need a real tool for my real business and real responsibilities lifestyle. I’m still cool and creative – I’ve just grown up some, is all.”

(Just in case I haven’t gotten this message sufficiently clearly, BlackBerry explains it in more detail here. With bonus references to Pearl Jam, Nirvana and Soundgarden for extra street cred.)

Except the whole thing is just one tired trope after another, from the leather jacket to the guitar noodling to the ‘punk was here’ soundbite. Plus – newsflash! – this Duff McKagan guy was in Guns’n’Roses, which was never punk and never cool.  In fact, the only thing I associate with Guns’n’Roses is getting stupid drunk on B52 shots at university pubs circa 1990 and begging the DJ to swap out GnR for some good music, like C&C Music Factory.

In other words, BlackBerry isn’t offering me a whole new concept of myself here, or even giving me a chance to see my middle-aged life in a different way through the lens of their genius product.  They’re handing me every bad stereotype usually associated with aging baby boomers (“If I wear leather jackets and put mousse in my hair, no one will notice I’m trying too hard!”), and trying to tell me it’s something I want.

Conclusion?  I went into this ad feeling a bit sorry for BlackBerry, and hoping they could get their act together. Having seen it, I feel like if this is an indication of their ability to think creatively, it’s no wonder they’re tanking.

I’m loving the new President’s Choice ads – you know, the ones that make it look really easy to make something like Pomegranate Cosmopolitan Martinis with sugar-dusted cranberries, and do it so well that you forget that actually getting the seeds out of all those pomegranates is going to take, like, 2 hours.  And that’s before you even do all the ice-crushing and sugar-dusting and also redecorating your house and maybe getting some better-looking friends who would really do those cosmos some justice, wardrobe-wise.

There are lots of ads in the series, but here’s the pomegranate one, in case you haven’t seen it:

Now, we all know that I’m a little obsessed with advertising soundtracks, so of course the first thing I noticed about this spot was the music.  (The second thing I noticed, since I’m also a continuity geek, is that the sugar used to coat the cranberries at 0:20 is not the same as the sugar on the cranberries at 0:22.  I think they used regular granulated sugar in the first shot but an extra-fine candying sugar in the second.  Am I the only one who notices this stuff?)

Usually, the best way to find out the name of a song used in an ad is to find the ad on YouTube and then look at the comments section. Even if the advertiser hasn’t credited the song in the video details, the question “Who does this song?” has almost always been asked and answered by commenters.  But President’s Choice doesn’t allow comments on their YouTube videos.

So then I headed to the PC Facebook page, where I found that other people had been looking for the song.  Initially, whoever moderates the PC FB page said they didn’t know, but then they came back and said their marketing department told them it was a stock track (i.e. a piece of music created specifically for the spot by a post/music house, not a previously existing song that they’d just dropped into the ad).  Did they say this because their internal communication is poor and no one actually knew – or did they say this because the song is by one Maria Haukaas Storeng, former Norweigan Idol contestant and purveyor of bad music and general uncoolness?  Maybe we’ll never know.

But in the meantime, it’s a great song.