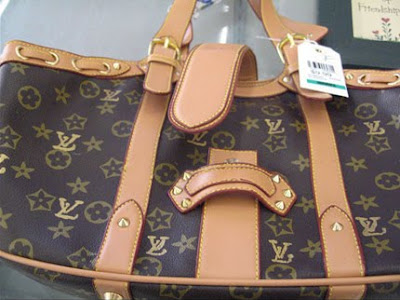 A couple of years ago, when Rock’n’Republic jeans were all the rage, a girlfriend called me in tears.

Because the only way to get people to fork out $300 for a pair of jeans is to convince them that they’re buying into some kind of aspirational lifestyle, and you can’t maintain that fiction if “ugly fat people” are parading around with your logo on their bums.

(Don’t freak out – I put “ugly fat people” in quotes to make it clear that it’s not me making that judgment, but the people who make these products.  Being size 32 in jeans definitely does not make you fat or ugly.)

But here’s the thing:  Emaciated LA-types represent a minority of the population, and they are extremely fickle, so restricting your target market to anorexics with an excess of disposable income is virtually guaranteed to limit your long-term growth.  And when was the last time you saw someone wearing RnR jeans, or expressing a desire to buy them?

This week, clothing retailer Abercrombie & Fitch generated a whole lot of PR for itself by making public an offer to pay the cast of Jersey Shore not to wear its clothes any more.

(Interesting sidebar:  Two weeks ago, we had a friend from Germany staying with us, and on his list of things to do was a trip to A&F to pick up some clothes, since he can’t get them in Germany.  My reaction was so negative – and I did, in fact, reference the idiots on Jersey Shore – that he ended up not going.  But in Europe, A&F is still an aspirational brand, and considered ‘cool’.)

At first I thought the whole thing was a brilliant PR stunt.  Then I wondered whether it wasn’t a little short-sighted, serving only to cement the relationship between the brand and the cheesiness of Jersey Shore forever – I mean, has Ed Hardy ever really recovered from the whole Jon Gosselin association?

And then I thought about the Rock’n’Republic example, and about how popular Jersey Shore is, and I realized that (a) if you don’t keep the plebes buying your stuff, you can’t keep growing; and (b) if A&F could survive that piece of cheese, ‘Summer Girls‘, the whole Jersey Shore association was probably a perfectly intelligent business decision.

The genius of Tiffany & Co.

As far as I’m concerned, the winner of the ‘aspirational vs plebes’ balancing act has to be Tiffany & Co.  Somehow they’ve managed to maintain their position as a super-high-end brand, appealing to the Birkin bag set as a suitable place to buy a $25k engagement ring and a $2500 wedding present, while also selling masses of $100 bracelets to the plebes.

How have they managed this?

I think it’s a combination of factors:

So even as they’ve gained a huge following among teenaged girls, they haven’t lost equity with their 50-year-old mothers.  Which means that 20 years from now, Tiffany will likely have a healthier balance sheet than Abercrombie & Fitch.

I do a fair amount of blogging for clients (no, I won’t tell you who they are) and sometimes I just run out of things to say.  I can’t believe I’m saying that, and probably neither can most of the people who know me in real life, but there you go.

The situation has been complicated by the fact that the ‘return’ key on my Blackberry has stopped working, which means that my ‘Blog Ideas Notes’ file has turned into an unreadable James Joycean stream-of-consciousness text glob which is doing little to inspire me.

I have noticed that people who get recognized as Great Bloggers aren’t the ones who wait around for Big Ideas to hit them.  They are simply the ones who write what they’re thinking about that day, even if it’s not exactly genius (or at least not every time).  Anais Nin made a whole career out of it, even before the internet.  And I certainly think about something every day.

Part of what we do for clients is manage their social media channels. Twitter, Facebook, LinkedIn, blogs, YouTube – I’m a big believer in social media as a great way to generate buzz, keep your brand top-of-mind, build SEO through legitimate content development, communicate your USP, and all kinds of other good stuff.  And I think just about every brand can benefit from social media strategies.

I know an awful lot of people who are spending an awful lot of time on social media, installing all kinds of Twitter widgets and checking their Klout scores every 2 hours and hosting online radio chats for the same 5 participants every week…and who still aren’t making a whole lot of money, either for themselves or for the companies they’re working for.

Oh, I know you can’t always draw a straight line from 5000 Twitter followers and $X in revenue, any more than you can draw a straight line from a billboard by the highway and $X in revenue.  And I know there are side benefits from strong social media presences, like recruiting.  And I even know that it’s important to look at the long-term build – it can take months for a successful social media campaign to really have an impact on sales.

If you’ve been spending 15+ hours a week on Twitter for the past year, and haven’t seen a sales increase of any kind, it may be time to ask yourself some questions:

If the answers to at least a few of these questions are yes, then you’re probably not wasting your time with social media, and the ROI should start showing up any time now.

If not…well, it’s possible you’re spending too much time on social media for its own sake, and not enough time thinking about what it’s really supposed to do for the business overall.

Benihana:  Scaring away the brand awareness

So I was reading Lamebook, as I do, because I really am serious about that procrastination I mentioned on the homepage, and came across this little gem:

This is a great example of how not to use the new Facebook feature to link statuses to actual businesses – if people start to realize that brands are not only monitoring them like Big Brother, but then punishing them for mentioning their names, they’ll pretty soon stop mentioning them.  Which is a potential loss of a lot of eyeballs.

And Benihana:  Really?  Was the $20 or less you ‘saved’ calling Jason out on his possible double-couponing (which, by the way, isn’t even clear from his status – his reference to multiple birthday coupons could have meant anything from gift certificates to coupons from other retailers) really worth the damage you just did to your brand by looking like the kind of company which stalks people on Facebook and punishes them like this?

Especially when we all know that Jason could have been in the system twice through no fault of his own – plenty of companies have terrible data collection and management systems, and it’s entirely possible that poor Jason wasn’t trying to run a ‘scam’ at all, but was simply sent two free lunch coupons in error because Benihana has a junior halfwit managing their database, who doesn’t know how to run a script to catch duplicates.

Though this little incident goes a long way to explaining why every Benihana I’ve ever been in has ratty carpets, old-fashioned (and just plain old) decor, and is correspondingly overpriced.

So I noticed a blog over on Head2Head’s RecruitSmart site about what looks like a great recruiting video which also functions as a good little branding piece:

Now, I agree that it’s a great little video – having done a lot of work in recruitment marketing over the years, including the odd video, I know that videos like this can be great for the brand, great for attracting potential employees, great for building employee morale (“Look at the cool stuff we do!”) and can become a great calling card when talking to clients about how you (and the people who work for you) really are different and better.

StepChange then goes on to explain their video with what looks to be a media release:

“Every major industry’s saddled with stereotypes: lawyers are heartless, bankers are money-hungry and clowns are downright terrifying. So it’s no surprise the advertising world is just as riddled with clichés and hackneyed typecasting…except of course that with every stereotype comes an element of truth. That’s the thinking behind the cheeky recruitment drive of growing start-up consultancy firm ‘Step Change Marketing’ and their ‘Wankers That Don’t Work Here’ campaign…”[that’s just the first of several paragraphs explaining why they did the video and how ‘edgy’ it is].

This is where they lose points.

First of all, the target audience for this video (i.e. people who work in advertising) already knows all about these stereotypes and clichés – they don’t need them explained.

Second of all, an explanation like this is sort of like someone telling you a joke, hearing you laugh, and then saying, “But, see, the frog put the hat on – get it? And then the duck took it off again! Did you get it?

The best work speaks for itself – it doesn’t need defending or explaining, and if there are a handful of people who don’t ‘get it’, well, they weren’t the target anyway, were they?